×
Retransfer Printing vs Direct to Card 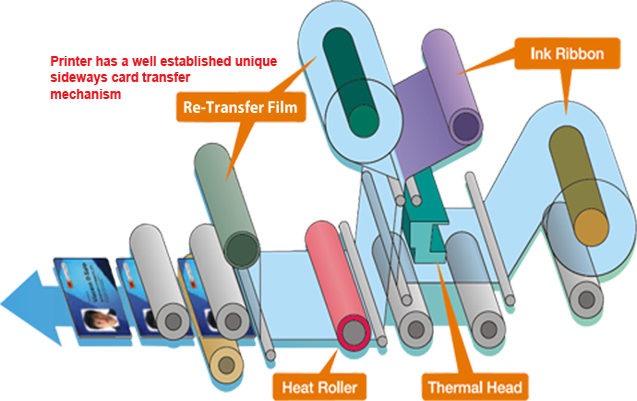 Retransfer Printing vs Direct to Card

Both Retransfer (RTF) and Direct to Card (DTC) use a thermal print head to transfer dye-sublimation ink for a ribbon carrier to a PVC card.  The main difference is that a RTF’s thermal print head does not come in direct contact with the card. It prints the image onto a film (transferring the image to the film). Then, the image is transferred again (retransferred) to the card via laminating technology.  The benefits of this technology are as follows.

The shortcomings of retransfer technology are:

In a Direct to Card printer, the print head transfers the ink directly to the card.  In this case, the card’s surface will be a larger contributing factor in the overall print quality of the finished card.

The shortcomings of DTC printing are as follows:

Overall, the choice between RTF and DTC comes down to the speed and price.  A common misconception in the market is “if you have a smart card you need a retransfer printer”.   That once was the case, because card manufacturers had a very hard time producing card with embedded chips without dropout.  Those days are behind us, so the choice between RTF and DTC really comes down to three user-based factors: